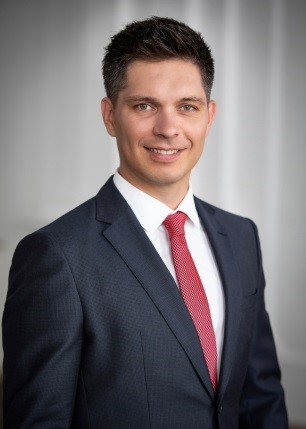 Dr Balog is an economist and lawyer.
He graduated at the Budapest University of Economic Sciences and Public Administration, Faculty of Business Administration in 2003. He earned a master’s degree at the Community of European Management Schools International Management in 2005, and went on to obtain a law degree at the Pázmány Péter Catholic University, Faculty of Law and Political Sciences in 2007.

He has been publishing professional articles on economy and monetary policy.

Dr Balog is holder of the Order of Merit of the Republic of Hungary, Officer’s Cross.

He is married with four children.